With a coastline that stretches on for over 7500 kilometers, the Indian peninsula has a vibrant and thriving fishing industry that brings in a gross revenue of several thousands of crores of money. Depending on this coastline are nearly 4000 fishing villages with diverse communities that live off the resources that come from the sea.

India also holds great potential for inland fishing. There are communities that depend on the brackish water, lakes, streams, dams, ponds and swamps that dot the entire subcontinent. The fisheries industry makes a massive economic contribution to the tune of nearly $70 million every year.

Laws and rules have been in place since the British era to protect the Indian fisheries because it not only boosts the economy, but also because there are millions whose survival depends on it. The laws are also laid to protect the fragile Indian coastal habitat as well as the inland water sources that are highly dependent on seasonal rains.

Fisheries law and regulations are mostly initiated by the central government. But state governments are also bestowed with the power to formulate their own laws for the fisheries industry. Coastal states like Goa, Kerala, TamilNadu, Andhra Pradesh, Orissa, West Bengal and Karnataka have the potential to tap resources from their respective coastlines.

Established in the year 1897, the British Era Indian Fisheries Act was founded to punish those who indulged in the killing of fish by using poison or explosives. Perceived as an easy method of fishing, it had to be curtailed because it made the fish unfit for human consumption.

The Water Prevention and Control of Pollution Act was created in 1974, mainly to protect the water resources from industrial pollution as well as from the pesticide residues that seeped in from agricultural lands. The act assesses pollution levels and creates repercussions for polluters.

The Wildlife Protection Act that came into force in 1972 was mainly written to help the restoration of wildlife habitats that were lost or destroyed due to urbanization and industrialization. The law also prevents the trade of wild animals and helps to enforce conservation of endangered species.

The Environment Protection Act of 1986 came into existence in the wake of the Bhopal tragedy that caused the loss of hundreds of lives. As an umbrella act, it provides a framework for local and state agencies to collaborate in enforcing protective measures for the environment and the people.

Role of the National Fisheries Development Board

Launched in 2006, the NFDB is an autonomous organization that works to enhance fish production in the country. It also regulates the development of the industry. The NFDB’s focus is mainly on:

The NFDB also oversees several activities with regard to fisheries that include: 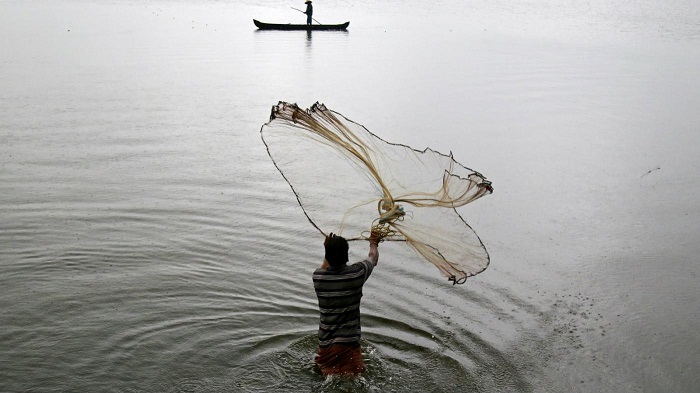 Development and protection of modern and traditional fishing methods

Fishing has been a major source of food and employment in India for centuries. As diverse as its coastline, traditional methods of fishing have been passed on through generations and are indigenous to the coastal communities of the Indian subcontinent. Invented before the advent of technology, the traditional methods have been charted based on the study of ocean currents, fish habits, stars, etc.
This priceless knowledge comes from years of experience of thriving on the sea. Some fishing practices and even the equipment are still intact because they still serve their purpose.

However, traditional fishing communities are facing severe hardships. While they continue to struggle, their knowledge and skills have gone unrecognized and they face a battle of survival with big fishing companies.

In a bid to support the traditional fishing community in India, the government has made efforts such as:

In India, aquaculture plays a crucial role in sustaining the thousands of livelihoods as well as other industries that thrive because of it. Aquaculture keeps the supply of fish in tandem with the growing demand of the consumers. Freshwater aquaculture makes for 55% of the total fish production in India, thus making India one of the top exporters of seafood and local fish.

Apart from prawns, the other freshwater fish that are farmed include catla, rohu, mrigal , carp and freshwater pearls.

If utilized well, our resources, ideas and plans have the potential to push the Indian fisheries industry to the coveted first place on an International scale.