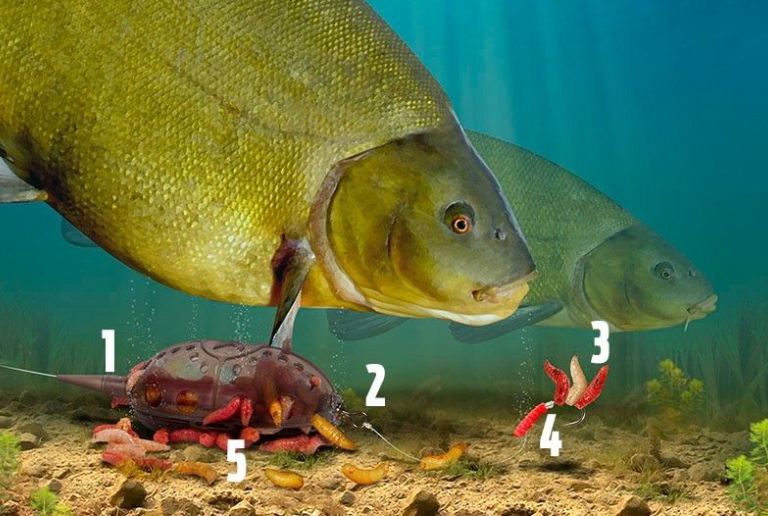 What Is It With Tench?

The coarse fish species, Tinca Tinca or tench, also known as doctor fish is a stocky fish that can grow to a size of 5 kg. The most common ones found around the European region are of weight 1.4 kg. It has a humped back and distinctive eyes that are small and red orange in colour. The back can be pale olive green or brown green. The tench is real soft and slippery and will give a tough time trying to hold it as you pull it out of water. The thick slime that covers its body is said to have medicinal properties that will cure all ailments. Hence the nickname Doctor Fish.

The tench can be found in still water which will be clayey or muddy with plenty of aquatic plants. It is never found on clear waters with rock bottoms. Summer or early autumn is the season for tench and the ideal time to catch is early morning or late evening. Tench is a rare sight during winter. But in case there is a prolonged winter spell, you can find tench in the middle of the day when they come out and feed for an hour. The tench requires warm water between 18 to 24 degrees to spawn. A female fish can lay 300k to 400k eggs per kg of the body weight. Females lay eggs in the shallow regions of which aquatic vegetation. The male fishes will fertilise them.

Tench can give anglers a good run with their fighting skills and slimy body. They are powerful and require real fishing skills to fish them out. Tench often changes direction to find a safe haven in lilies and weed beds. There are fishing gear made just for tench fishing. You will find tackle pieces and tod designed just for them. Any ride with medium action and a test curve of 1.5 lb will be great. Tench are mostly found in the bottom part and so the bait has to be hooked in the bottom. You need strong hooks as most of the tench are above one kg. You should be able to balance the tackle based on the conditions underwater and size of the fish. Use a mainline and hook links that are of medium size if you are fishing in a dense area with weeds and vegetation. 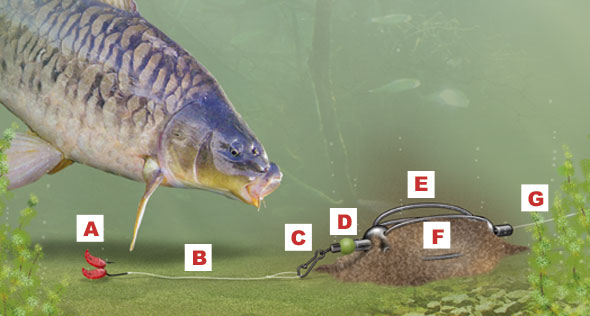 There are a few fishing methods for tench. Float fishing is ideal to catch tench. Tench are known to play around with the bait which might mislead them to lift the rod. With float fishing, you will find the float lifting and dropping when the fish plays with the bait. You should not strike but just wait until the float disappears into the water which indicates that the tech has taken a good bite of the bait. Use a waggler float for tench fishing that can fish an inch or two in-depth. Another effective way of catching tench is to use a semi fixed bolt rig fitted with a PVA bag of pellets. Tench are fussy about baits. If they don’t bite it then change the bait. Do not strike immediately as they bite. Wait for sometime to give fish the chance to test the bait. Tench will slowly and reluctantly take the bite.

Bloodworms, molluscs, crustaceans and daphne are natural diet for tench. Worms, red maggots, black slugs and casters are the most effective baits. You can also use sweetcorn, pellets, bread flaked and boiled to catch tench. Sometimes green peas work really well. Cereal groundbaits will get the tench to swim and be interested. Hemp with maggots as bait can be used in spring. Tench inhabits a region with thick vegetation, silt and mud. These are at the bottom surface of the sea which is their favorite feeding area. Occasionally, they may rise to the surface to feed on the insects. To draw tench out of their sanctuary, pre-baiting swims can be really useful. You are persuading the fish to come out so you don’t waste time finding them.

Tench can offer good sports to the anglers as they are powerful with broad fins. Using nets to fish tench could be messy. Tench will leave a lot of slime and the nets will require thorough cleaning else the fishing session will leave a crusty, stiff mesh with a stench.